Ukrainians showed their disgust for a member of parliament by throwing him into the trash outside the parliament building in Kyiv in an alarming example of the growing mood of anger in the country. Vitaly Zhuravsky, once a supporter of Ukraine's ousted President Viktor Yanukovych, was hoisted into the air by angry demonstrators and dropped into a garbage bin following a session of parliament.
Zhuravsky authored a bill in January severely tightening restrictions on anti-government protesters. The 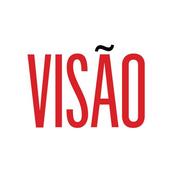